Global Networking: the How and Why for Dental Educators

Thanks to advances in technology and social media, dental education now sits on a global stage. With one click of a button, today’s dental students and educators are able to experience a wide array of dental techniques and teachings as well as to engage peers from around the world. As a result of the ease with which we can connect with an international audience, there is desire among many students and faculty to create a global network within dental education.

Specifically participants in this workshop: 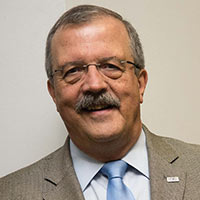 Dr. Thomas has given more than 100 lectures and continuing education courses at various universities, associations and study clubs throughout the United States, Europe and Asia. He is the author or co-author of over 150 published articles, chapters and abstracts in a broad spectrum of scientific journals. Dr. Thomas holds fellowships in the American Academy of Pediatric Dentistry (AAPD), American College of Dentists and International College of Dentists, and is a member of several national and international associations and societies. In 1996, he was elected to membership in OKU (Dental Honor Society) and in 2010 received the Award for Excellence from the Society for Executive Leadership in Academic Medicine.

He is also Past Chair of the ADEA Board of Directors.

Workshop leader offering insight and perspective from the United States 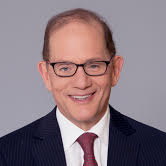 After serving for nine years as Dean at the University of the Pacific, Arthur A. Dugoni School of Dentistry,  he stepped down in late 2015. 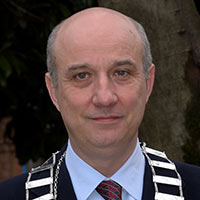 Dr. Paganelli has travelled widely in the last 3 years to emphasize opportunities to harmonize the voice of dentistry in a global network , giving lectures and speeches around the world. Dr. Paganelli holds Fellowships ad hominem in the Royal College of Surgeons of Edinburgh and Academy of Dentistry International, is immediate past president of the European Section of International College of Dentists and is a member of several national and international associations and societies of different languages. He was convenor of Dental Devices of Global Medical Devices Nomenclature GMDN Project CEN (European Committee of Standards) and its maintenance agency for regulatory affairs together with the mirror groups at International Standard Organization.

He has held external examinerships including Oman, Leuven, Ankara, Bratislava and Odessa. He is also immediate past chair of the Council of European Chief Dental Officers and is the current president of ADEE.