Assessment in a Global Context

High quality assessment remains a cornerstone of educational practice. With this in mind, the workshop sessions will focus on four key areas essential to the effective delivery of a quality assured programme of assessment within a healthcare setting.
During this highly interactive workshop, participants explored: 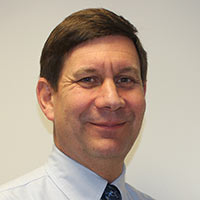 Michael Escudier, FDS RCS, FFGDP  qualified in dentistry from Guy’s Hospital in 1985 and in medicine from St Bartholomew’s Hospital in 1992 He returned to Guy’s in 1994 and obtained his FDS RCS (Eng.) in 1998.  He was appointed lecturer in human disease and honorary specialist registrar in oral medicine in 1999. Following completion of higher training, he was appointed honorary consultant in oral medicine in 2003. He completed his M.D. in 2010, was promoted to senior lecturer and assumed the roles of clinical lead and academic head.

Professor Escudier has extensive experience in teaching within both the undergraduate and postgraduate sectors. He is a Fellow of the Higher Education Academy and has received a King’s College Teaching Fellowship (2012) and a Mature Educator Award (2012) from the Association of Dental Educators of Europe. He specialises in teaching the medical related areas of dentistry and also has a particular interest in assessment practice.

Workshop Leader offering insight and perspective from the United States 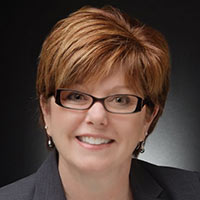 Cynthia C. Amyot, R.D.H., Ed.D. , serves as Associate Dean and Professor of Instructional Technology and Faculty Development at the University of Missouri-Kansas City (UMKC) School of Dentistry. Dr. Amyot has been a full-time faculty member at UMKC since 1993, serving two years as Interim Vice Provost of Online Education.

Dr. Amyot served three years as Director of Graduate and Degree Completion Studies and five years as Director of the Division of Dental Hygiene. She teaches at all levels of the curriculum : doctoral, predoctoral, graduate and undergraduate. Dr. Amyot has received numerous distinguished teaching awards from the School of Dentistry and is a recipient of the university-wide Elmer Pierson Outstanding Teaching Award.

In 2011, she was the recipient of the Missouri Distance Education Leadership Award from the Missouri Distance Learning Association. Dr. Amyot has served as co-chair of the UMKC School of Dentistry promotion and tenure committee and chair of the faculty development committee. Her research interests include portfolio assessment of student competency, community-based service-learning, access to care and distance and online education.

Dr. Amyot is the recipient of the 2014 ADHA Alfred C. Fones Award, a national award recognizing outstanding achievement and dedication to the profession of dental hygiene.

She was named the recipient of the 2007 ADEA/William J. Gies Foundation Education Fellowship and was awarded the Pfizer/ADHA Award for Excellence in Dental Hygiene in 2004. 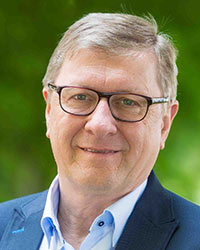 Cees van der Vleuten, Ph.D., has been at the University of Maastricht in The Netherlands since 1982.

In 1996, Dr. van der Vleuten was appointed Professor of Education and chair of the Department of Educational Development and Research in the Faculty of Health, Medicine and Life Sciences (until 2014). Since 2005, he has been the Scientific Director of the School of Health Professions Education. This graduate school offers master and Ph.D. degrees in health sciences education to a wide variety of international students. He mentors many researchers in medical education and has supervised more than 70 doctoral graduate students. His primary expertise lies in evaluation and assessment. He has published widely in this domain and holds numerous academic awards, including several career awards.

In 2005, he received John P. Hubbard Award for significant contribution to research and development of assessment of medical competence from the National Board of Medical Examiners in the US. In 2010, he received a Dutch royal decoration for the societal impact of his work and in 2012 received the Karolinska Prize for Research in Medical Education. He serves frequently as a consultant internationally. He holds honorary academic appointments in the School of Medicine, Flinders University, Adelaide in Australia and the University of the Witwatersrand, Johannesburg in South Africa.